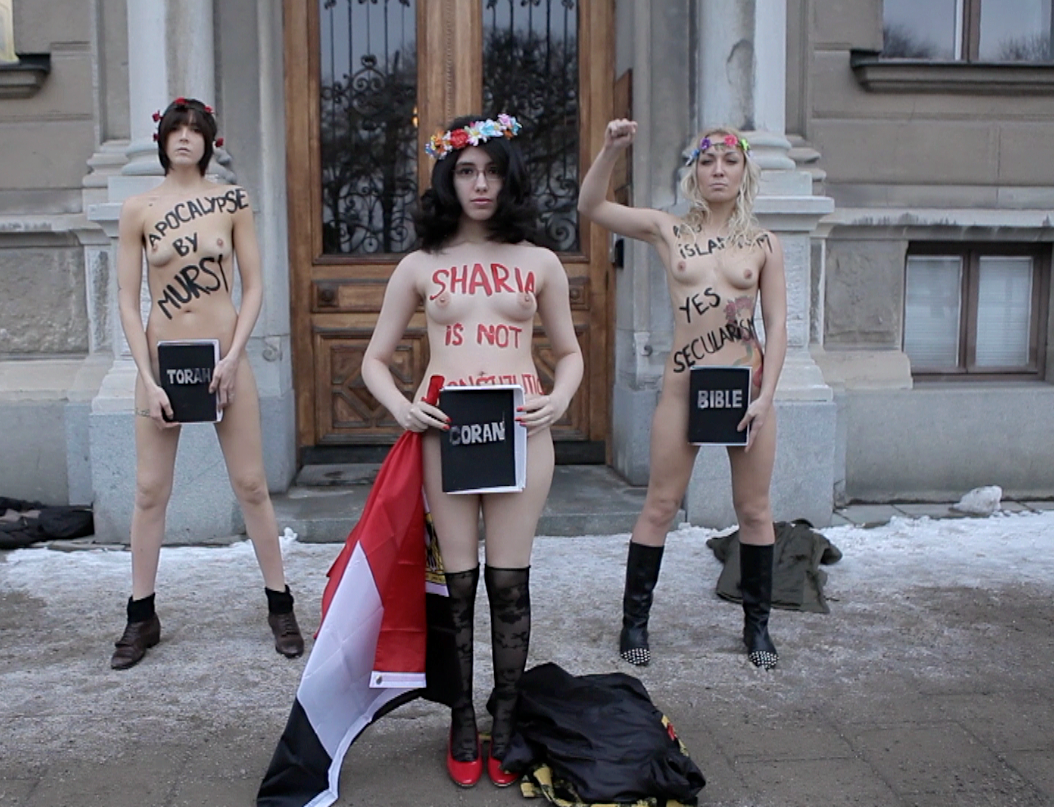 They are agents provocateurs, they protest bare breasted and talk in terms of war against patriarchal society, dictators, prostitution and religions! And they are prepared to pay the price for it, meaning prison or exile, like Inna Shevchenko, 22, having fled from Ukraine to Paris after sawing down the Kiev Cross in support of the Pussy Riot. Like Aliaa El Mahdy, 21, theatened with death for having condemned sexism in Egypt by posing naked on the Internet. These heroines are an international movement, women protesting with their bodies to keep on demanding the right to do with their bodies what they want. This film is their story, a clashing, breathtaking encounter with universal and 2.0 warriors. From the start of the Ukrainian feminist movement that rose from the ruins of the Orange Revolution as a reaction to the pimps gnawing away at the post-Soviet bloc, to the Arab women’s revolt against the fundamentalists devouring the post-revolution Arab world, they have established the Femen International Centre in Paris where they demonstratred against Civitas and the Christian fundamentalists opposed to gay marriage.