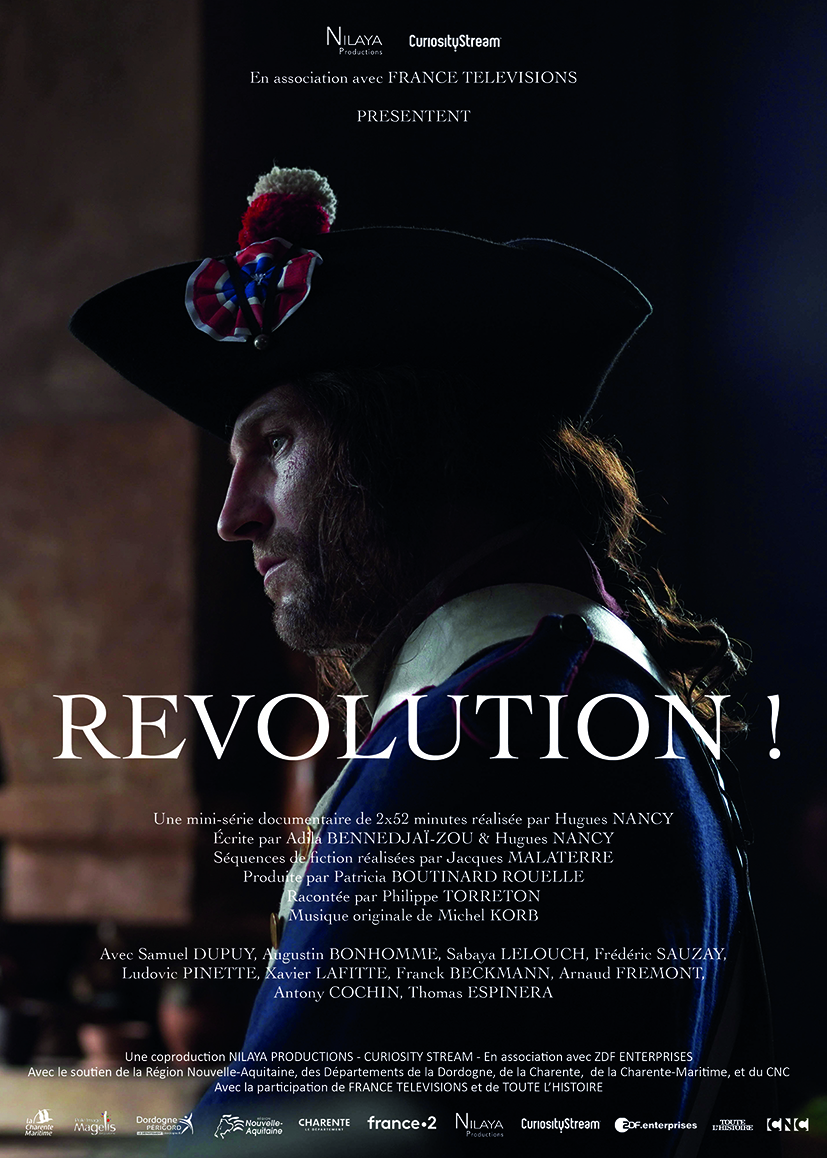 A DOCUMENTARY EVENT ON FRANCE 2 2X52′ BY HUGUES NANCY

Let’s imagine a documentary that would be shot between 1789 and 1795.It’s the French “embedded” Revolution that we want to tell about: the unprecedented experience of immersion in an on-board camera at the heart of the upheavals of history. The story of the fall of the world’s most glorious monarchy. An immediate story, deciphered in the present, live, through the eyes and the voices of the witnesses and actors of the Revolution: men of power, journalists, citizens. A historical thriller which reveals to us the fabric of democracy, the quest for equality and the impossible quest for freedom. Like documentary filmmakers who decided to follow events from 1789, we will relate the revolutionary decade from several sources of images as we would today: immersion sequences as close as possible to life and the actions of citizens of a district of Paris, interviews with the main political actors and figures, archives from the period treated as photographs or current affairs images.